The information gathered from this survey shall be used by your Parish Council to help formulate the Lindford Plan. Please answer as many questions as you can. You do not have to answer any questions you consider inappropriate. All the... 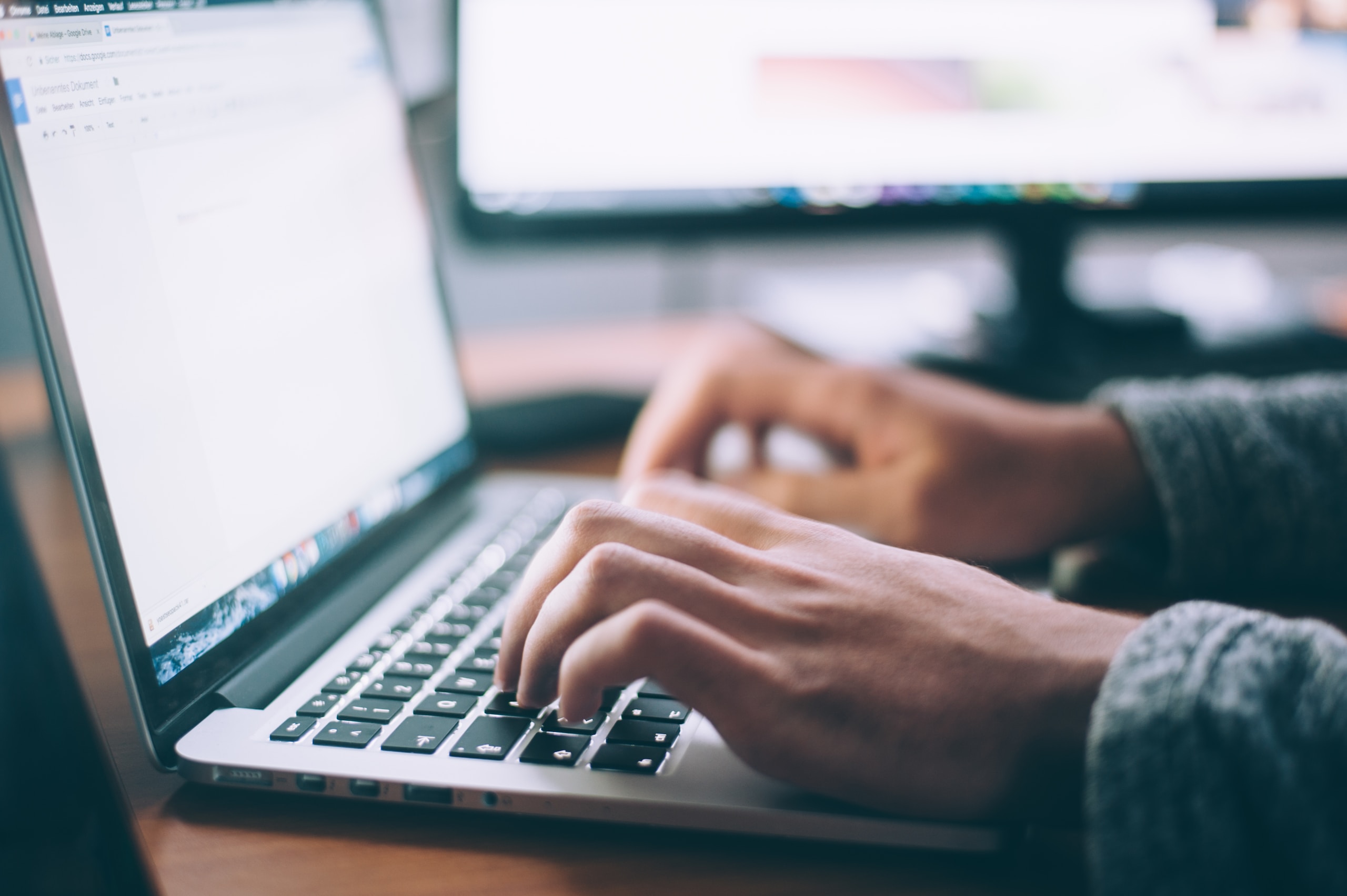 The information gathered from this survey shall be used by your Parish Council to help formulate the Lindford Plan. Please answer as many questions as you can. You do not have to answer any questions you consider inappropriate. All the data gathered shall be used only by Lindford Parish Council. We do not ask for your name or address so all responses anonymous. Whilst we have limited responsibilities for public services your responses will help the council lobby the appropriate authorities.

Use this link to complete the survey

We are delighted to have received a grant from Cllr Adam Carew for a new fruit tree orchard.  With locally sourced trees the location shall be opposite the village hall behind the carpark.  Whilst the trees will take a while to become established we can look forward to blossom and fruits.  Beneficial for wildlife.  We shall have an ‘interpretation board’ detailing the species and flora and fauna found alongside the riverside walk.  The apple and pear trees are known to live for many years.  This initiative follows on from the council agreeing a tree planting policy for 2021.  We are also in receipt of further grant money from our District Cllr Neville Taylor who has supported a number of environmentally important projects since he became our councillor. 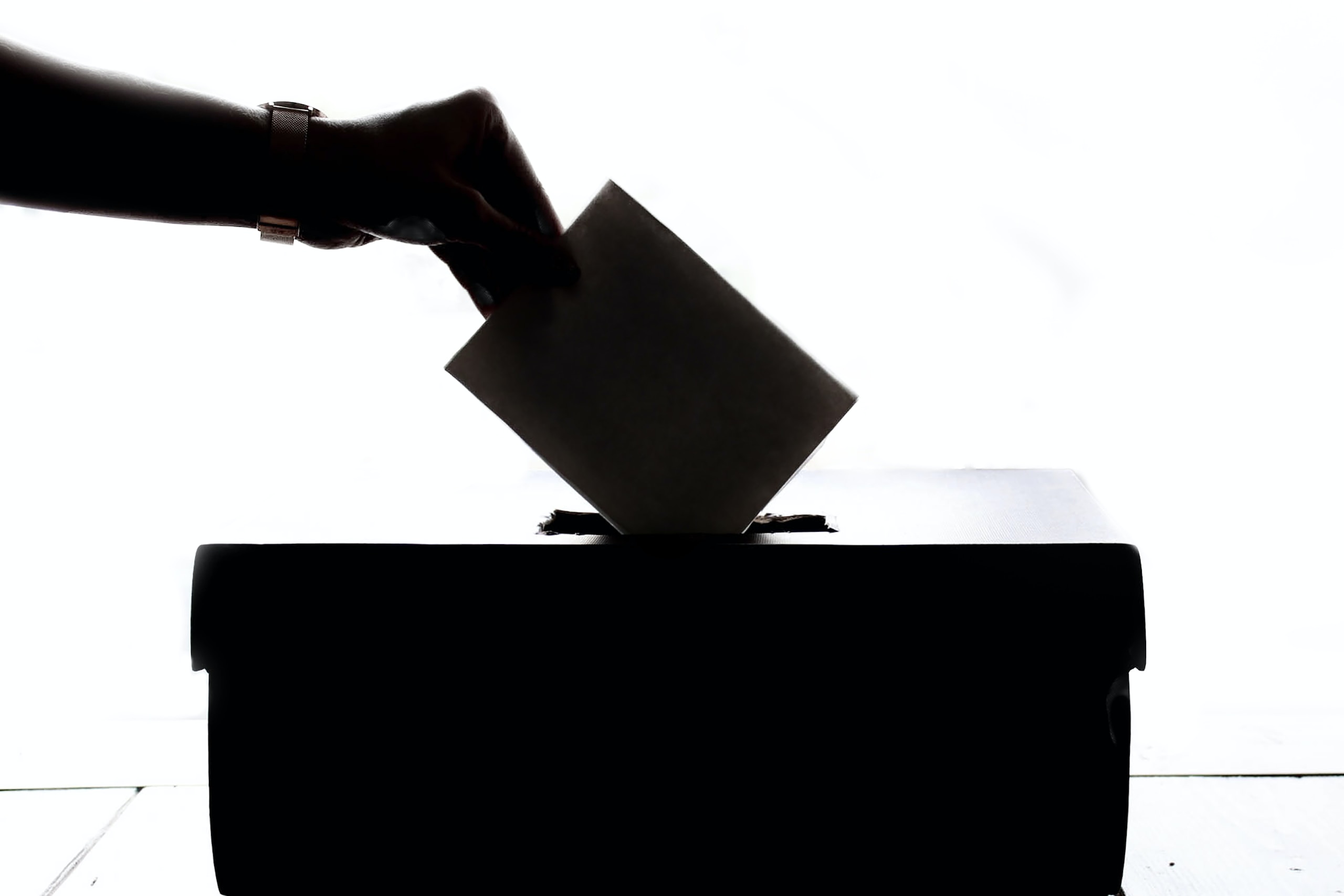 People planning to stand in forthcoming local elections can find out how to put their name forward at two briefings hosted by East Hampshire District Council’s Election Team.

Potential candidates for the Hampshire County Council elections and for any by-elections for East Hampshire District Council are asked to attend the online meetings.

The first briefing will be held at 10am on Wednesday 3 March, using Microsoft Teams, and will help candidates and their agents through the nomination process and explain how elections will be run in accordance with coronavirus safety guidelines.

The second briefing will be held 3pm on Monday 19 April, again using Microsoft Teams, and will go through polling stations, polling day and the count.

If you would like to attend the either of these meetings email electoral.services@easthants.gov.uk. If you cannot attend an information pack will be sent to you.

To stand in the election nominations must be received by 4pm on Thursday 8 April. 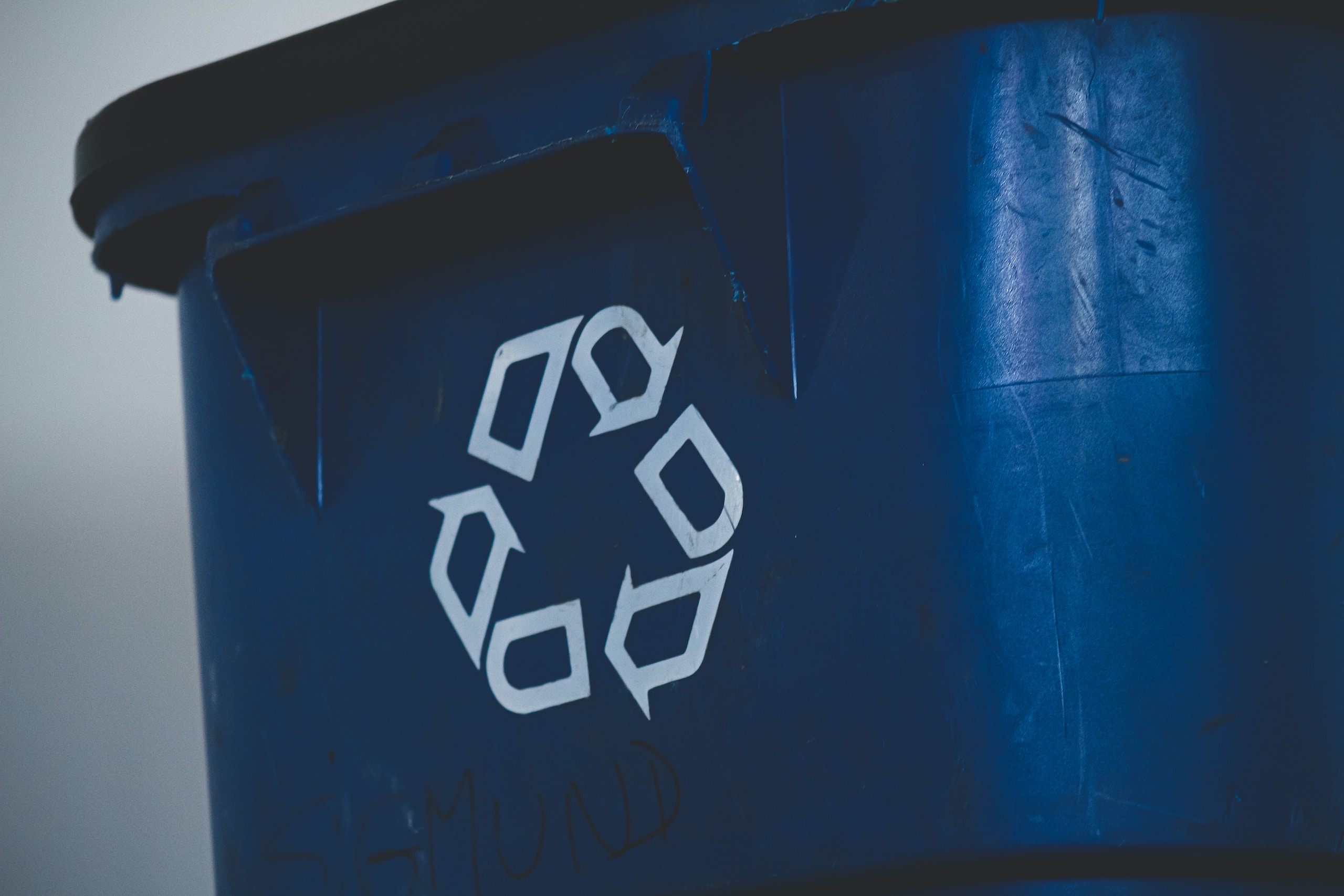 The Parish Council has received a letter from Froyle Parish Council about the application that Veolia has made to demolish the existing Materials Recycling Facility (MRF) in Alton and replace it with an Advanced Energy Recovery Facility (AERF). The proposed Alton AERF would be located in the unspoilt countryside of the upper Wey Valley within 1 mile of the South Downs National Park. The building will be 40m high, with 80m chimneys, visible from miles away, compared to the max 15m height of the MRF, burn 330,00 tonnes of waste per year and emit a similar amount of CO2. They are asking for the Council and others to consider submitting an objection. 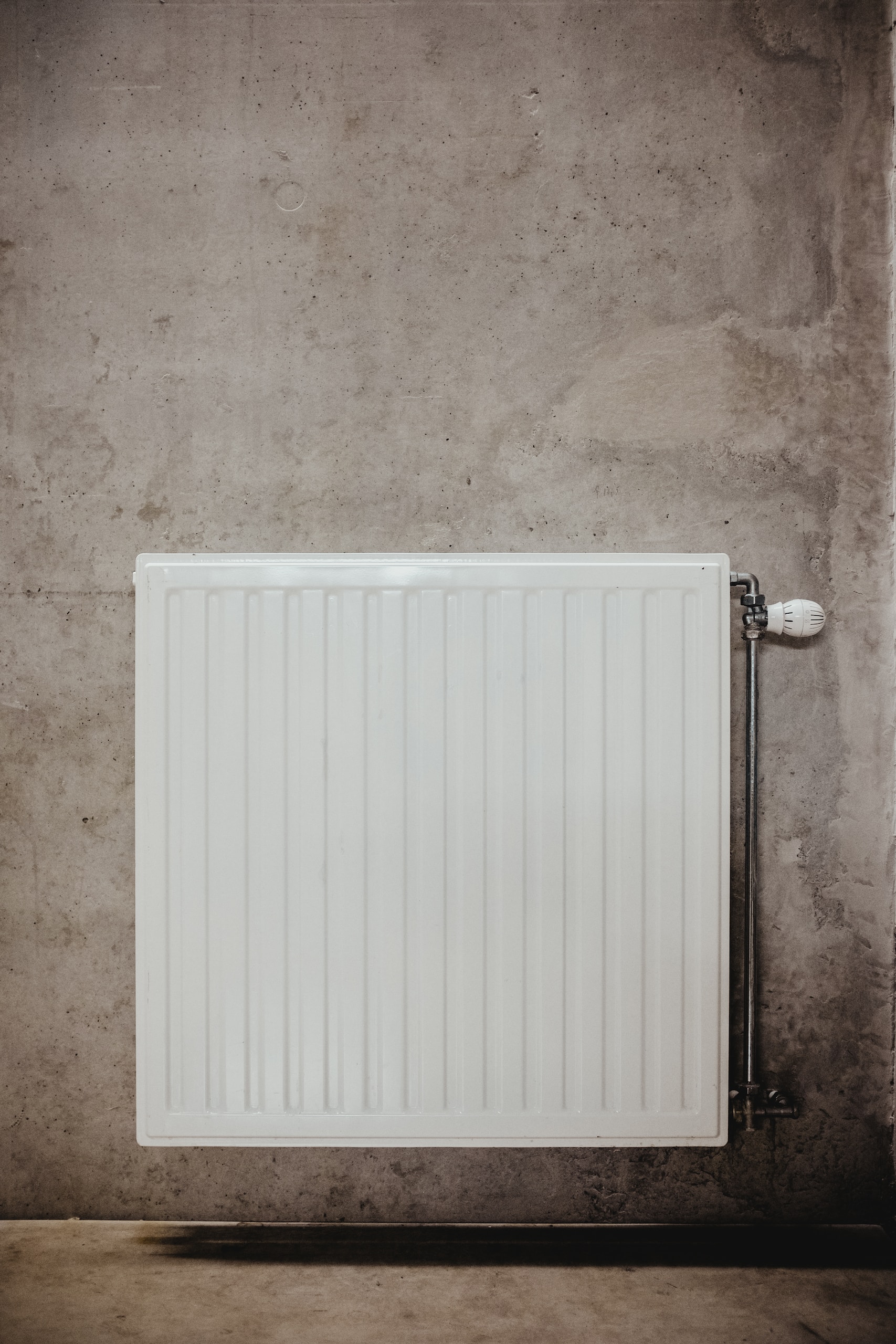 This year it is especially important that we stay warm and safe at home. The Citizens Advice is part of a campaign to make sure that you are not paying too much for your energy and have all the information you need to keep warm this winter. The focus is to encourage you to check your bills, apply for any grants or discounts you might be eligible for, and check to see if you can switch to a cheaper tariff or provider. There are many ways to contact us. For more information go to www.bigenergysavingwinter.org.uk or the Citizens Advice website. Or, for direct contact, email energy@caeasthants.org.uk or phone 0300 330 9028 and ask for a call back from the East Hampshire energy adviser.

Southern Gas Network have introduced a ‘Help to Heat‘ scheme. This is to help those in need to move from electric central heating to gas central heating which is much cheaper. It can provide a free connection and in some cases will fully or partially fund a gas central heating system. For further details please go to: www.sgn.co.uk/HelpToHeat.

East Hampshire District Council has welcomed Cllr Elaine Woodard as its Climate Champion. She will act as an ‘ambassador’ for the environment as the Council pursues the goals it has set out in its Climate and Environment Strategy. Cllr Woodard’s role is to inspire positive change for the climate and environment, and celebrate residents’ contributions to a sustainable future. She said: “I am delighted to take up the role of Climate Champion and to help deliver the new Climate and Environment Strategy. Climate change and the impact on our environment is the most important issue we face, and we all have a part to play in making the changes needed to address it. I look forward to working with our residents and learning from them how we can do things better.”

The Council declared a climate emergency in July 2019 and in August this year adopted its Climate and Environment Strategy. The strategy lays out how the Council will tackle the climate emergency and how it will work towards a sustainable future. It outlines how EHDC will reduce its carbon emissions to net-zero, and how it will use its influence as a planning authority to promote a sustainable low-carbon future, where people and nature thrive. The strategy will help the whole district deliver its part in the regional, national and international commitments on reducing emissions, and to prepare for the impacts of climate change. Cllr Julie Butler, EHDC Deputy Leader and Portfolio Holder for Welfare and Community Integration, said: “I would like to welcome Cllr Woodard as our new climate champion. This is a vital role in our work to achieve our ambitious goals on the environment. I am looking forward to working with her through the Climate and Environment panels and to promote the Council’s strategy to our wider community.”

The Parish Council is sorry to hear that David Perry has passed away. Ian Skelton-Smith, former Chair of the Council, writes:

“David’s death is a very sad loss for his friends and family, but for the village of Lindford it is also an occasion to thank him for an outstanding and long record of service as a Parish Councillor.

Lindford became an independent Parish in 1982. David was one of the founding members, helping to ensure that the new Parish Council was a success, and going on to serve as a Lindford Parish Councillor for approximately 3 decades.

A few years after the creation of the Council, David was elected as the Chair, and carried out this role for 8 years. Over the rest of his time on the Council he has also served as Chair of Finance and Vice Chair (twice – most recently from 2001 to 2009).

David always played a full part in the activities of the Council, including very practical intervention, such as mending notice boards and planting trees. I can remember once assisting him in locating a grit box on the verge of Bluebell Road.

In his second stint as Vice Chair he was particularly involved in the establishment of Lindford Village Hall. He and his wife, Joan, took an interest in the details as well as the major issues. Because of this we named the main room in the building The Perry Room.

David will be greatly missed as a good friend and as someone who listened and gave willingly and generously of his time to help others.

Hampshire County Council (HCC) has issued a press release regarding the upcoming night closures for, and nearing completion of, the C114 highway works in Whitehill & Bordon:

The press release can be found here: https://www.hants.gov.uk/News/16102020c114nearingcompletion

As part of the annual programme of works being undertaken by Operation Resilience, carriageway resurfacing will shortly be undertaken on a section of Headley Road, across the junction with Tunbridge Lane. The works were programmed to start on Saturday the 24 October 2020 but have been postponed because of bad weather.

PLEASE NOTE THE MAY MEETING SHALL BE MOVED TO TUESDAY 18TH AT 7-00PM AND SHALL INCORPORATE THE ANNUAL PARISH MEETING.  THE MEETING SHALL BE COMPLIANT WITH COVID ROAD MAP IN PLACE AT THAT DATE.

For any enquiries or to report an issue, get in touch today. Learn more